Welcome to When the Mirror Breaks

The true story of my family and more specifically the relationship between out father Jack Elden Myers and his daughter the Sociopathic Tenley Myers. The events surrounding our fathers death and how she stole every asset of his estate she could get her hands on

“i am an OPEN book. go ahead. email everyone I know whatever you want. trust me, they will see you for the low life you are and love me anyway!”
– Tenley Myers 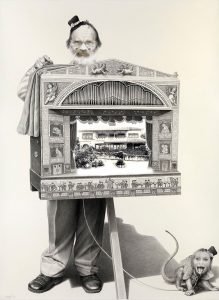 “The path to moral identity is a incremental process occurring gradually over many years. As children grow, they are increasingly exposed to both moral and immoral influences. These social pressures foster habits effecting the development of moral identity or those moral principles that help define the self and moral commitment throughout life. Simply put, social conditions promote young people’s moral growth. Social conditions can have such as influence as to leave a child both sociopathic and cognitively impaired.”
-Dad (Jack Myers)

Coming from Tenley’s pedophile father that is just poetic. He did a lot of research on the human brain and its development for his work. His guilt that kept him supporting her stemmed from what he know he had done to her and the impact it had on who she has become.

Our mother had no reason for guilt like dad did.

Who are you Tenley

My daughter, my first born child,
On whose nature nurture could never stick,
On whom my pains, humanely taken, were lost, all lost, quite lost?

Who are you Tenley
My daughter, my first born child?
You are a stranger to me.

You are now but a distant memory.
Someone I thought I knew.
I was wrong.